Posted on February 25, 2013 by PradnyaCinantya 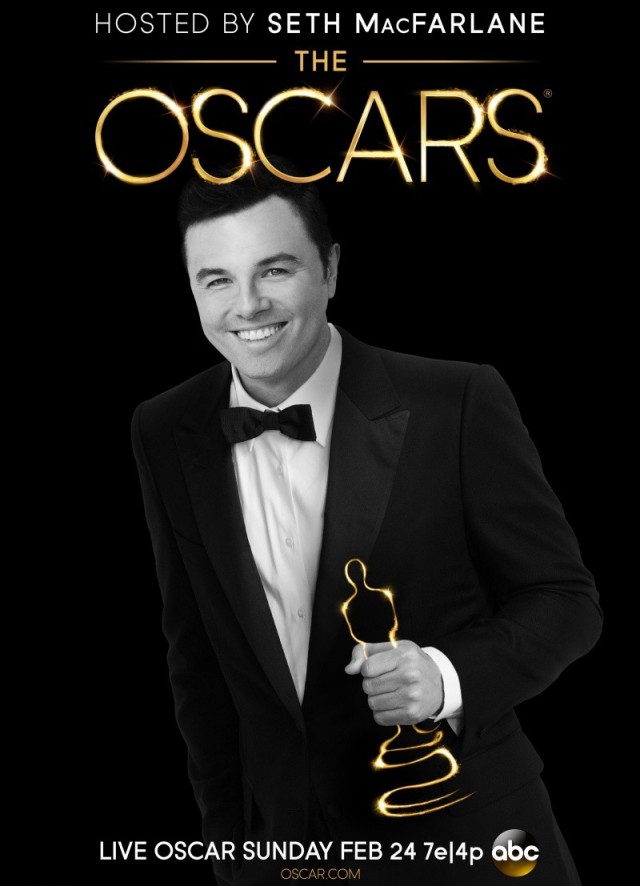 The 85th Annual Academy Awards or the 2013 Oscars had the curtain down already. Nevertheless, it was a great show. I love the Academy Awards so much beyond any other awards shows, and I enjoy every year’s show. I can never tell which show is the best nor the worst because I love every Oscars’ moment. The Oscars is the most important movie award show to witness and – according to Ben Affleck – the final leg of a tremendous journey (for movie-makers).

You can see the full winners list on The Academy’s official website. It’s already everywhere anyway. I won’t put the list here just because. However, the Academy Awards is never just about the winners; IT’S ALL ABOUT THE SHOW. Maybe the headline of this year show is the fact that the winners of the Top 6 categories (Picture, Director, Leadings and Supportings) come from 6 completely different movies! That’s kinda rare, right? But here are some other interesting highlights from The 85th Annual Academy Awards taking place at the Dolby Theatre, Los Angeles. 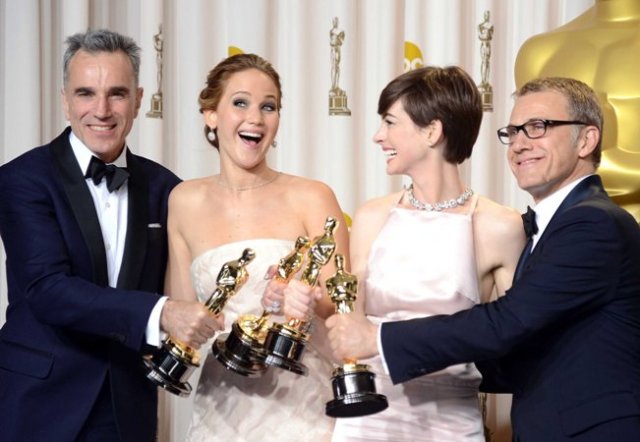 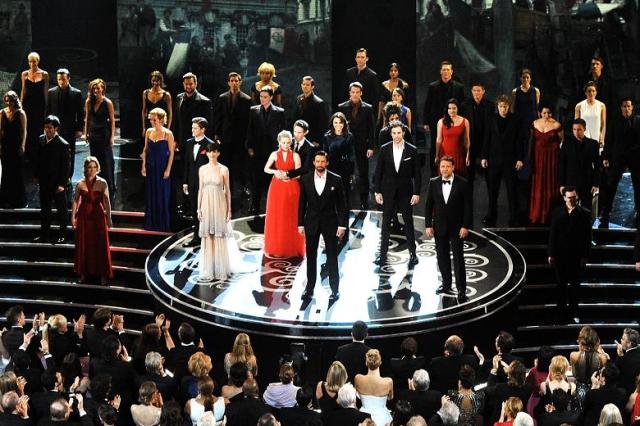 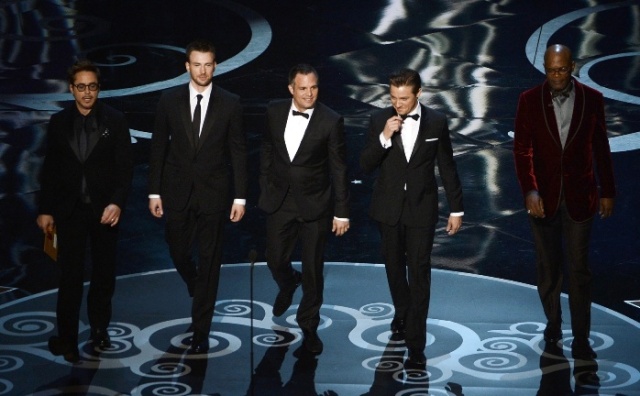 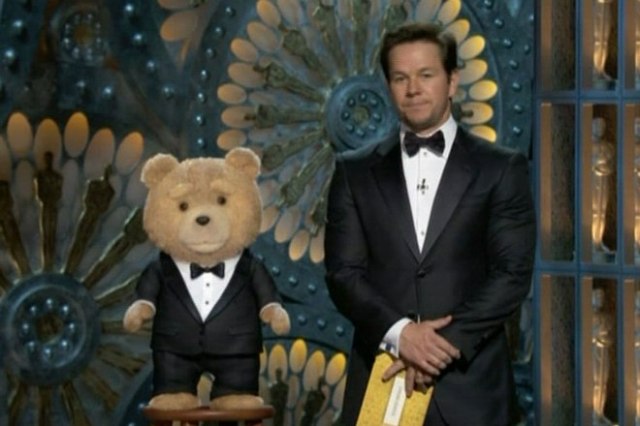 And now talking about the Red Carpet moments. I believe there are a lot of reviews out there already with privileged backstage pass and photos, so I am not gonna compete with them. But I will still pick my own both favorite and least favorite looks and dresses.

Jennifer Lawrence
This pink cinderella dress from Christian Dior is overwhelming, but that is the greatest thing about it. Accepting her first nomination and winning this year, Jennifer deserved a dress that made her like a princess and drew the world’s attention to her.

Octavia Spencer
She really embraced her considered full figure in white Tadashi Shoji dress. Maybe if it wasn’t white, it’d be less wedding-y, but she still wore it well. I love the glamorous shoulder neckline frame. Perfect look to open the show with the first Oscar for Best Supporting Actor category she presented.

Nicole Kidman
She is my goddess. She wore L’Wren Scott’s liquid sequin dress with beautiful detail on the bottom. Can Nicole Kidman have a wardrobe malfunction? I don’t think so. Too bad she wasn’t nominated for anything this year.

Zoe Saldana
She was in Alexis Mabille Couture. It’s one way to wear white dress without looking like a bride. This white dress has buckle detail and beautiful ombré pattern on her feet.

Anne Hathaway
I love Anne. Hands down to Anne Hathaway! But this year she picked the wrong dress. She lost her mesmerizing appeal in this hard-to-explained weird apron-like nude pink with pointy nipples dress from Prada. Where was the girl who stunned everyone in dazzling silver Armani dress or the red Carolina Herrera?

Salma Hayek
I am never a fan of long tight black velvet dress that pushes sexiness too far. I love Alexander McQueen but not this dress. The high hair bun is not capturing my interest either. Nope. And the tiara? Seriously?

Kristen Stewart
Somebody please give this girl a comb already! What was with Kristen’s hair!? Did she even realize she was at the Oscars? I know her signature style is this rock and roll indie chick, and the hair will work if she was wearing casual looks, but definitely not in Reem Acra couture gown. And she left her best accessory too: Robert Pattinson.

Melissa McCarthy
She didn’t grip her curve. This David Meister gown is not tailored for full-figured woman. It’s an overabundance of grey silk jersey that is just too much.

As for the gentlemen, I decided to skip this one because I can barely be fair on this category. The fact that all the men are wearing tuxedos and suits is enough for me; they all look good and can never go wrong. But I already set my eyes on Jeremy Renner, no matter how he looks. I love him to my very last breath, so I would pick Jeremy Renner as the Best Dressed Male, the Best Look, the Best Thing I Laid My Eyes On During The Show, and the Best Thing on Earth. 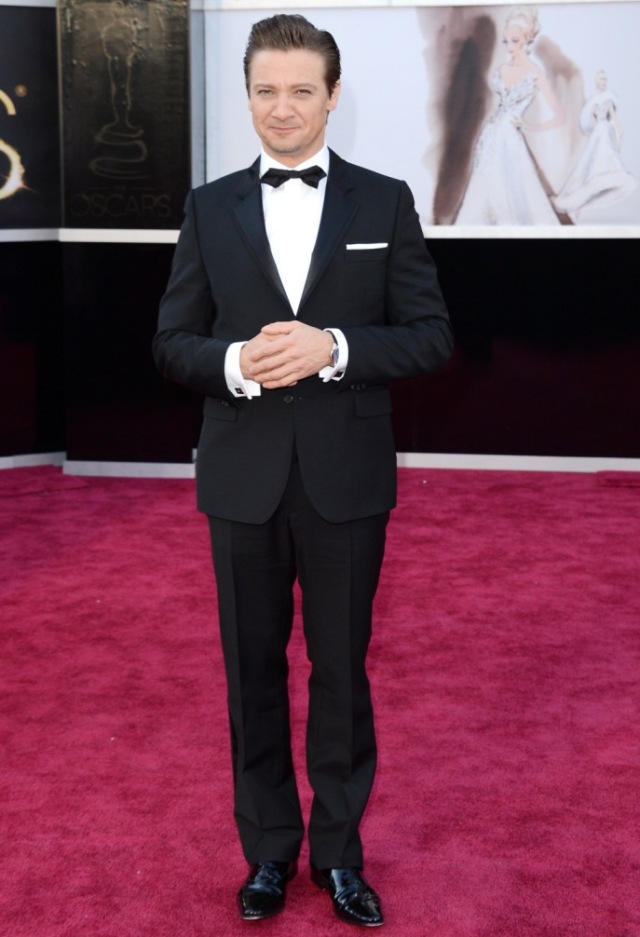 And that is not fair 😀