Posted on November 9, 2012 by PradnyaCinantya

On day 6 of Jakarta Fashion Week 2013 (8/11/12), one designer worth a highlight was Lenny Agustin. As what had been anticipated before, she presented a concept of which she had been known committed to; colorful Indonesia’s traditional fabrics. This time, the fabrics used were Batik from Pekalongan and Sarung Tenun from Makassar, and the basic shape of the collection was based on Balinese traditional Kebaya. They all came in vibrant and playful colors, and were accompanied by harmonious styling makeup, customized detail shoes and unique headpieces. 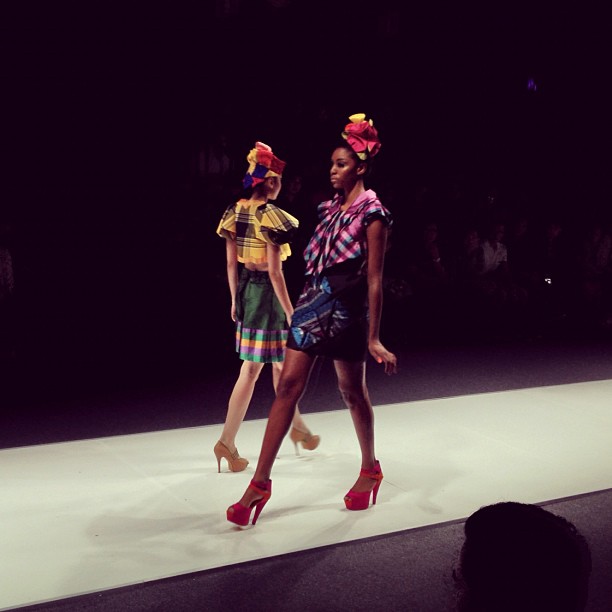 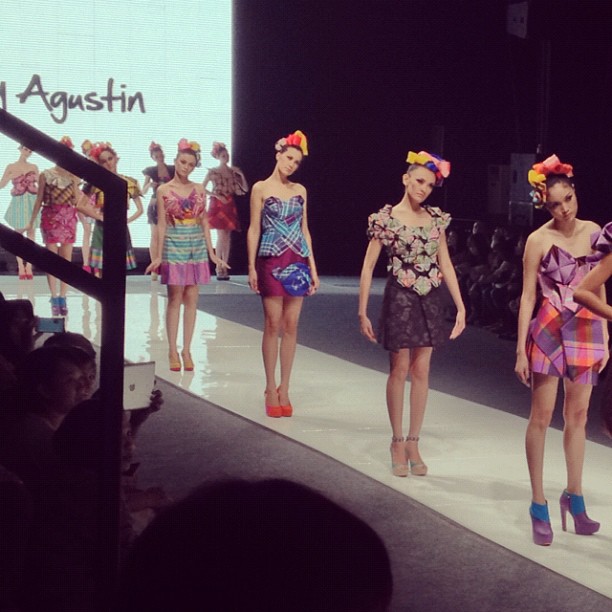 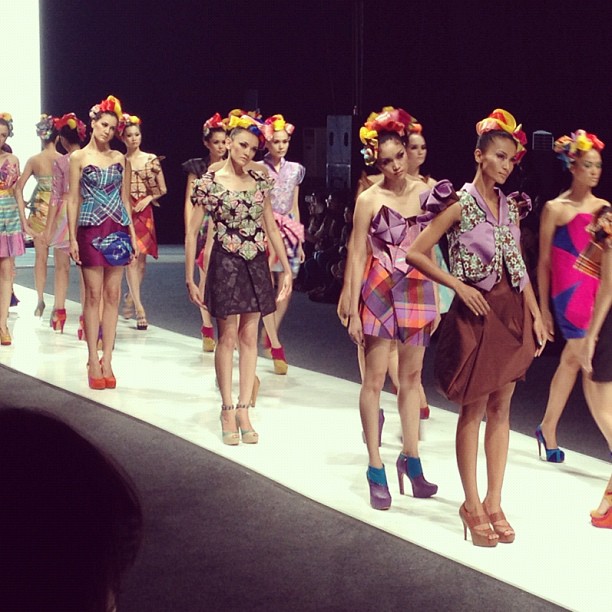 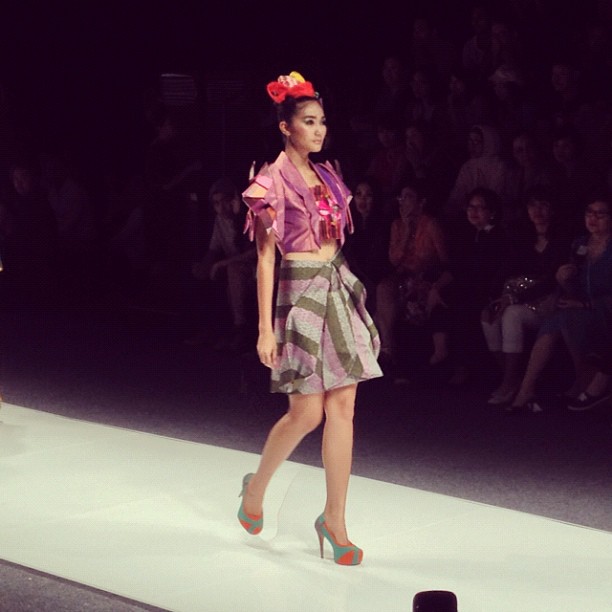 Went under the theme of “PAPER GARDEN”, we expected to see colorful garden of flowers and structural designs from the paper-folding. Both of the two main ideas were combined in Origami technique; the perfect technique to create both traditional styles from the Japanese’s ancient culture in paper folding and modern looks from edgy and intricate architectural cuttings. The Origami technique was then applied to the fabric in flower and asymmetrical shapes. To fold a fabric was not easier than to fold a paper, so an elaborate effort needed to make the paper garden came alive.

Lenny’s show was supported by The Body Shop (TBS) Indonesia who claimed to share similar vision of colors and values for being brightly expressive, creative and bold. TBS provided the matching colorful makeup for the show from their surprisingly colorful 2013 collection. TBS and Lenny Agustin turned out to be solid partners-in-crime in creating youthful, flirty and energetic looks.

Just a random thing about why I personally like Lenny Agustin’s design. Up until today, her dress is the most expensive designer dress I have ever worn. It was lent for me when I was a semifinalist for Bintang Kampus Cita Cinta back in 2008. I felt so awesome wearing it 😀 (I’m number 19, btw) 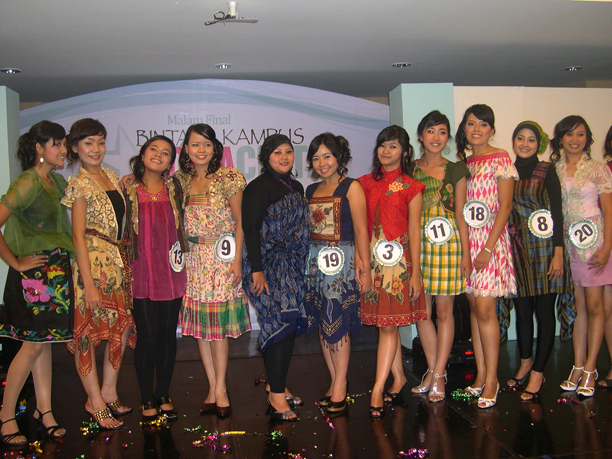