Posted on June 7, 2012 by PradnyaCinantya 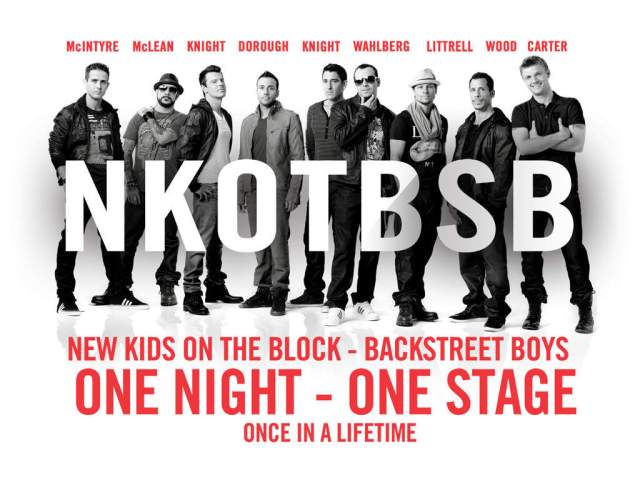 Last Friday night was a blast! I couldn’t believe I finally saw Backstreet Boys in the flesh, in their concert with the New Kids On The Block. I have been a fan since I was in the elementary school, almost 15 years ago, back in the 90’s. In fact, their Backstreet’s Back album was the first western album I ever bought (it was a cassette, I remember). Since then, I grew up with MTV, idol magazines, posters and stuffs. Even until now I still watch their Chapter One: The Greatest Hits VCD over and over again (yes, you read no wrong; there was no DVD in my childhood). 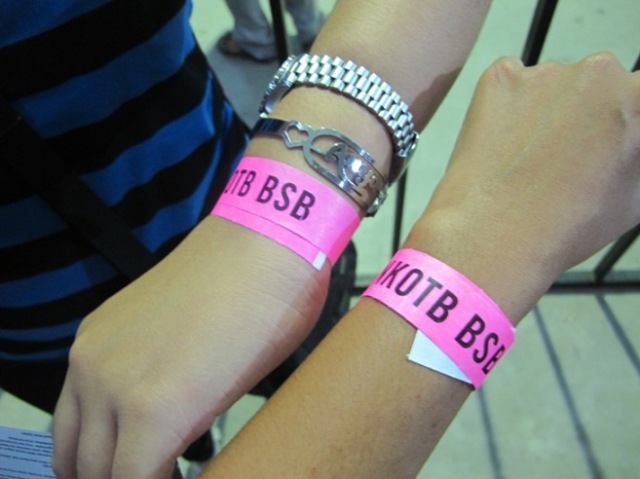 The Festival wristband is pink! How I love it 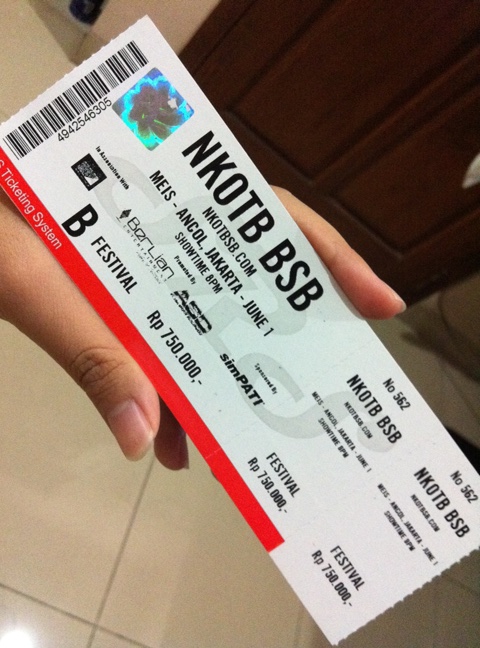 This concert was also my first time ever to attend foreign musician’s concert. I was so excited! My sister and I got there a little late after the gate was opened. Yet we didn’t miss a thing and we got great spots too! We got the third layer from the runway stage, it was sooo… close! During the concert I kept telling myself that I couldn’t believe the band I used to see only on TV now standing right in front of me. We had a lot of jumping and screaming, sing along to the songs off-tuned as loud as we can. 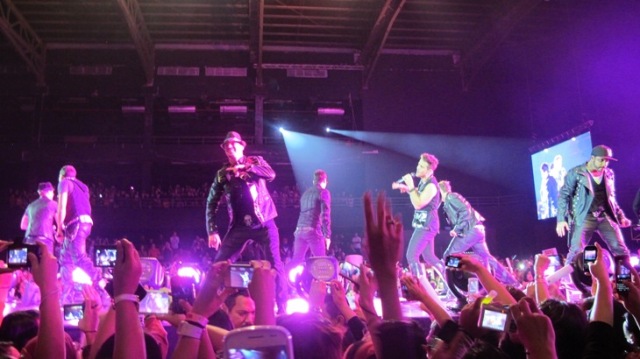 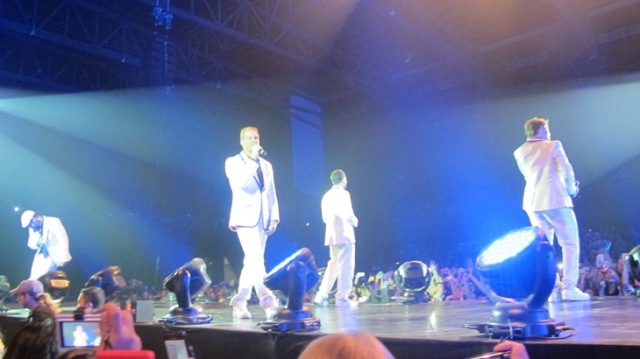 It was really an entertaining concert; much more ‘a dream comes true’ moments, familiar songs, and a great memory flashback! Although things were a little awkward when NKOTB’s songs came up. As a matter of fact, I was mostly quiet all along because I didn’t really know much about them. I mean, they were a hit when my aunts were young, I wasn’t even born yet. There was really a generation gap between the 80’s and the 90’s, I guess :D. Yeah, and I was TEAM BSB!

“Nick Carter, so close, so real…” said my sister

The other part I like would be the closing scenes, when the Backstreet Boys performed their song with A.J. McLean wearing Daniel Mananta’s “Damn I Love Indonesia” t-shirt, right before the complete NKOTBSB got together on stage singing wearing Batik shirts! That was a unique gesture, of course, beside the cliché of a concert; greeting in native languages and telling the crowd that they are the best fan.

The boys in Batik

Nevertheless, there were things that I thought could be better. Such as the timing, it was absolutely not long enough. Two and a half hours for 2 bands??!! 2 hours is for one artist only, right?? The crowd should not be blamed for asking more. And there were not enough gimmicks and the decoration was so minimal. Sure, they didn’t need to go too much like Katy Perry or Lady Gaga, but they ain’t Adele either! Oh, and one more huge disappointment: Kevin wasn’t there!!

However, it was still one of the best nights of my life! Nothing to regret! And as my sister and I rode home, I reminisced: There I was, a 25 years old woman, standing among the other middle-aged ladies screaming hysterically over cute men in front of us like we were 15 again. Of course, they were no longer ‘Boys’ and absolutely not ‘Kids’ anymore, most of them were married and maybe had 15 years old children of their own, but for all the women there they would always be the cute boys in 90’s clothing dancing and singing to teen love songs. Teenage dream lasts forever, as my best friend said, no matter how far you’ve grown up.

a fashion blogger.
View all posts by PradnyaCinantya →
This entry was posted in Free Talk and tagged Free Talk, Men, Music, Personal Journal. Bookmark the permalink.